I Got Bars Contest Vol. 1 Winners

Ladies and gentlemen, welcome to the official I Got Bars Vol. 1 award show/blog post! Tonight, we discover who has the best written bars on all of RapPad.

I want to note that there were eighty five total entries (that’s 680 lines and over 6,000 words), and having read all of them at least once (and most more times than that), I can say with great confidence that ya’ll kicked some ass. Seriously. You did not make it easy to decide on the winners, and while our three finalists are some of the better known artists here, I have to say that there were a lot of other outstanding entries that I wanted to include, but simply couldn’t. So well done RapPad, you have some dope lyrics.

Before I announce the three finalists, I want to explain the process I used to choose these verses. I began by coming up with four measures I wanted to use to judge each verse:

Once I had those four criteria established, I started looking at the verses. In order to keep any personal bias out of my judgement, I copied all of the bars into a blank document and excluded all of the names. Then, through a process of elimination (that took four or five total rounds), I managed to narrow the field to three. Let’s take a look at those now in the order they were posted.

A black teen steals so a white cop kills

Innocent lives lost by the gold mine fills

They shop for refills and give children the chills

Villains want millions but still have no skills

Swimming in the river of sharks with no gills

This is a great couple of bars. It makes sense from start to finish, and tells a fantastic, although somber, story about the way the world is. The associative word play in the first four lines is just really tight, and I think that’s what sold me on this verse originally. Unfortunately, Clyde doesn’t keep going with the colors, but when he switches things up for the last four bars, he also turns the rhymes on and used a dope rhyme scheme to hold my attention. This one was marked for a top spot from the early going.

Next, we have Meruem:

Felt tight knit friends one moment then enemies next

Stitched up to take the fall like the ending of Dredd

Those yarns loop back around if we then disconnect

Cut from the same cloth; a pattern always made sense of us best

_So in_complete designs just how we tend to the rest

The need'll only keep us going 'til the end of our thread.

Is anyone surprised to see Meruem as one of the finalists? With word play like this, it isn’t hard to see why he’s so good at giving feedback. From literally the first word to the last, he keeps the theme going, all the while holding onto a great storyline. Perhaps more impressive is the originality of his theme: fabric and sewing. That’s more than a little different, to say the least. Finally, while his rhyme scheme wasn’t the tightest I saw among the entries (that honor goes to EbonicRaven), he had some really nice multis scattered throughout. This was one of the most inventive entries I saw, and I really enjoyed it.

Finally, last but not least, Marcus:

Stand stamped and labeled all they lack is the deliverance

Combating waves of ignorance deserted by the spiteful

Relying on assumptions assuming that we're the same

Salt up in the wound is fuelling the current flame

While not quite as constant as Meruem’s word play, Marcus does admirably here, using the “mail” theme early on, but coming back to it again for a fantastic punch that hits hard. I really love the topic here, too, as he explores the dehumanization of individuals, flipping the idea of labels on its head with the last line and suggesting that our humanity is treated as the afterthought (or postage) to the actual package (the label or title). Finally, Marcus maintains a fantastic rhyme scheme throughout. It’s hard not to be impressed by bars like these.

Now that we’ve looked at the three finalists, we get to the hardest part of this competition (at least for me): choosing a winner. All three are fantastic examples of written verses, and none of them are lacking in any of my four measures. Nonetheless, a decision must be made, so without any further ado, the winner is . . .

Marcus! While Meruem had the best word play, and ClydeCabbage may have had the tightest lines, Marcus’ overall performance, including an outstanding rhyme scheme and the strongest punchline of the three verses, edged him ahead of the others. Revel in the greatness once again:

Stand stamped and labeled all they lack is the deliverance

Combating waves of ignorance deserted by the spiteful

Relying on assumptions assuming that we're the same

Salt up in the wound is fuelling the current flame 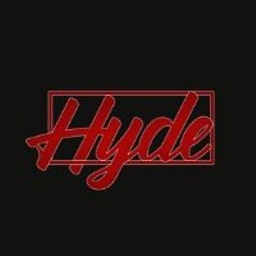