Blog > behind the name > Behind The Name: Psycho Puppet

Behind The Name: Psycho Puppet

How did you get started making music, and how long have you been doing it?

When I was nine years old, I had a teacher who would hand out lists of spelling words and ask us to come up with sentences for each one. Then at the end of the day, he would call a few people up to the front of the class to read out their sentences. I had been exposed to rap music from a very young age, my dad was a hip-hop head and used to DJ at a club in the 90s. We also have a family friend who raps who I’ve known as far back as I can remember; I still consider him one of, if not THE best freestyler I’ve ever heard. So as I was sitting in class trying to come up with sentences, I got the idea to make the sentences rhyme and come up with a little flow for it. Whenever I got called up to the front of the class, I would then rap out my sentences. Now of course, I was pretty bad at the time, but people seemed to enjoy it and I would always get asked to rap something. There were not a lot of local rappers, at least at the time, so I guess it was exciting to see something new. I stuck with it and a couple years later, me and my friend who had also taken up rapping decided to start recording and releasing our own music. I looked up some tutorials, opened up Garageband on my computer, and the rest is history. I’ve been doing it for nine years now and I feel as though I’ve come a long way, but it’s those early days that really got me started. So regardless of how trash I was, I’ll always remember them fondly.

What equipment/software do you use?

I have a fairly basic set-up that I’ve been slowly expanding. I have a CAD U37 mic, a pop filter, soundproof foam walls, and I usually still use Garageband to record, and that’s about it.

What would you say is distinctive about your music?

I’ve had this goal for the past couple years to make sure that no two tracks of mine sound the same so I’m always trying to experiment with new things. This goal has helped me to become more versatile and I now feel that I can work with just about any beat, so you can expect a variety of different styles and approaches.

What’s next for you - what will you be up to in the next coming months?

Battles, battles, and more battles. I’ve been very active in that scene recently, whether it’s hosting and judging for BYOB or battling everybody and their mama, and I expect that to continue, as I have several battles locked in at the moment. I’ve been recording music less frequently to work on my equipment set-up, but in the meantime, I have three recorded collabs that are either still in the works or waiting to drop: one with Kazz and Rayne, one with Tekneek, and one with yungsharkgod. That’s it for now, we’ll just have to see what else the future holds,

What do you like to do for fun outside of music?

Not as much as I’d like to because of COVID, but I’m an avid film buff; I’ve seen more movies than I know what to do with and I even dabbled in screenwriting back in the day. In particular, I’m a huge fan of Hitchcock and Tarantino’s work. I’m also a fan of poetry and when I feel like writing but not rapping, I’ll often sit down and write a poem. And this may come as a surprise, but I follow a song contest called Eurovision religiously. It’s a big phenomenon in Europe but it’s relatively unknown in the States, I only know about it because a family friend from the UK introduced me to it a few years ago, but it won me over pretty quickly, mostly because it’s unlike anything we have across the pond and it immediately stood out to me. And lastly, I enjoy just going for walks out in nature, which has been seriously affected by the pandemic but I think it’s a great way to clear my thoughts and even find new sources of inspiration for when my mindset shifts back to music.

What are some of your musical influences, or people you look up to in the industry?

My biggest inspiration is definitely Outkast, I always appreciated their unique approach and the way that they embraced their Southern roots while still experimenting with different sounds. I remember hearing that their style was particularly controversial in their early days, they would win the awards but then get booed by most of the crowds. But they kept doing what they love and have since become one of the most beloved groups out there, which I think is truly admirable. Outside of rap, I listen to a wide variety of music which I think has helped me to experiment with more unorthodox sounds. If I eventually work on another album, I would want to try something more cross-genre. Off the top of my head, some of my main influences outside of rap are Michael Jackson, Luciano Pavarotti, and Louis Prima, but overall there’s so much that has inspired me in some way or another, including people in real life. Sometimes I’ll just see somebody walking or lying down and suddenly come up with a bar about it, which I think goes to show that inspiration can come from literally anywhere. 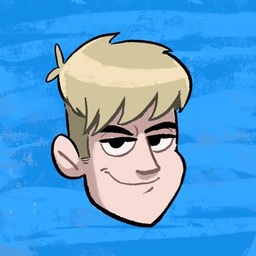 Maleficent (Feat. Soby)
by M-Savage, ft. Soby
12 props
Nov, 25
Get your rap promoted
Cookin' something up, just wait a sec...