Blog > behind the name > Behind The Name: YoungTAZ

Why did you want to start rapping and how did you get introduced to the genre:

I wanted to start rapping because I have been doing it since about 5 years old. Whether it'd be freestyling with my cousins or friends, the genre always brought me joy, and helped me cope with my emotions. My cousins Mikey and Matt were the ones who introduced me to the genre, at about 5-6 years old, and the person specifically they introduced me to was "Akon" who's name was buzzing the world in about 2005-2006 and became my favorite in the game at the time.

What made you buy a microphone and start recording tracks at such a young age?

As I said I loved rapping ever since a toddler, but in late 2014 my father, whom was my best-friend passed away very suddenly. Because of that, I didn't know what to do. I didn't want to talk to anyone, I missed lots of days of school, but I knew my father didn't want to see me that way. After his passing, that is when I got into hip hop more than ever. Logic's debut album "Under Pressure" happened to just come out after my fathers passing, and he rapped about his struggle, things hes seen and been through, and it made me very grateful and motivated, and most of all, it helped me very much cope. Same with Ace Hood's "Trials And Tribulations" Album. But after a year of that happening, I motivated myself to save up money and buy a Microphone, and start recording my tracks, because I knew I had a gift in rapping and writing lyrics. And on June 13th 2012, I went to my first concert who was "Childish Gambino" and actually met him and got his autograph (Which is on my instagram page), which also inspired me to start rapping.

Do you get hated/criticized at school from rapping?

Well the thing is, there's always people or someone who is going to hate, that's just how it is, and no way around it. The thing is, just don't listen to those haters. I know it's easier said then done, but do you want to beef with haters and waste your time? No. If they hate on you, ignore them, and go on with your day and remember the goal you wanted to accomplish in the bigger picture, and keep striving to reach that goal and don't let no one get in your way. Every known person in the world has haters, Kobe Bryant, Lebron James, whomever they may be, their always going to have haters. Reason being, haters want to bring you down and make you quit what your doing for numerous reasons, they can be jealous, or they have nothing going for themselves and to make themselves feel better they got to bring you down, I could really make a book about it, but I remember why I started rapping, and my goals for it, and I just strive to meet those goals, and that's how I stay grounded. However, recently I got in touch with a clothing company called "TeenVision" who wanted to spotlight artists and get some talent into their brand. The owners little brother, who's name is Micheal, asked to start rapping with me and sponsor me. Because of that, we got a little group going, we got people who make the beats, and people who rap.

How did you choose youngTAZ as your name?

My last name is Tasman (Pronounced As: Ta-z-man) and at school I was always known as Taz. I have no clue why, but even when my mom worked at Chilis and my cousins and brothers went to school, they were called Taz as well. But however, I like the name Taz a lot, better then my actual name "Tyler" lol! It sounds cooler I guess. But when I started rapping I thought the name "Taz" was too plain, I tried "UnKnown Taz" "RappinTaz" and much more. But youngTAZ just clicked, It just goes with the name, especially since I am young. (15 Years Old) But a name change might be held in the future, you never know.

What are your tips for people who just started recording tracks?

The most important, DON'T make a mix-tape right away! Reason being, if your just starting no one knows you yet, release a couple tracks, find your flow and grow a little fan-base. If you just release a mix-tape right away, your songs are going to have different flows, and you have no fan-base yet so who is going to listen to it? The second most important as I said, DON'T listen to the hate! People might say "You Suck" or other things, but just laugh at them. Most people who say that are the ones who have no dreams, and don't know what it takes to do what we do. Third tip, release tracks and be consistent, try to post 1 track every week or every two weeks to grow your fan base and create your flow.

Your from "Boca Raton" Florida, how could you struggle when people who live their are mostly rich?

Lots of people from here aren't as "rich" as you think. The part where I reside, "Sandalfoot" contains many drug dealers, meth-heads, drug raids and so on. But regardless, it does not matter how much money you have, you can struggle no matter what. You can be the richest person in the world, but if everyone around you is all messed up on pills, drugs, and so on, it can be very miserable and you'll struggle to keep a clear mind and will also struggle to find people to talk to. Don't judge a book by its cover.

Lastly, if you could collab with anyone, who would it be? 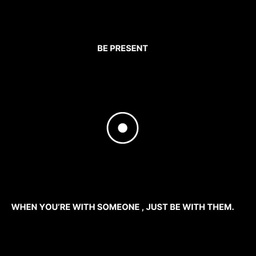 Please End (Hell From the 12th)
by DJMALCOLM, ft. CONCEPT-
25 props
Oct, 2
Get your rap promoted
Cookin' something up, just wait a sec...