Tags: how to rap

You're about to learn the three fundamental literary techniques that separate the wannabe rappers from real artists.

Similes, metaphors, and analogies allow you to convey your thoughts in a more powerful way. It adds depth to your lyrics and gives replayability to your songs, since most listeners won't get all your lines in one listen.

When you use LIKE or AS to compare two things.

I'm in love with you, but this is not tennis
And baby stay stacked LIKE she bad at Tetris
- Childish Gambino

An analogy is an extended metaphor. The best example is from Tupac - Me And My Girlfriend. While it seems like he's rapping about his girlfriend, he's actually referring to his gun.

Our first date couldn't wait to see you naked
Touch you in every secret place, I could hardly wait
To bust freely, got you red-hot, you so happy to see me
Make the front page primetime live on TV
Nigga, my girlfriend, baby 45 but she still live
One shot make a nigga's heartbeat stop

When you don't use LIKE or AS to compare two things.

Here are 3 examples of great metaphors in rap lyrics:

I am runnin' this bitch, you are just a dog walker
- Childish Gambino

That shit became a trip, Cabo
Up in the womb, but you can feel it when I kick it, I know
And you too (U2) must be rockin' with Lil Dicky, Bono
- Lil Dicky

Up in the womb (in my neighborhood), but you can feel when I kick it (you notice when I make a rap). Comparing rapping in the neighborhood to being a fetus. There's some wordplay in this line as well.

I'm past real, you know the kid blast steel
your heat only go off cause you don't pay ya gas bill"
- 40 Cal

Heat is referring to the use of guns, but 40 Cal is saying his haters only talk about shooting, but they don't actually - the only time their "heat goes off" (shooting a gun) is because they're too poor to pay the gas bill.

Using imagery is an excellent way to have your audience visualize what you're rapping about. To invoke an image in a listener's mind you need to use vivid language. It's very important that you use simple language, because the imagery is broken if the listener has to think twice about whether or not they are familiar with a word. Here are some good examples of imagery in rap lyrics,

"I hope your bullet holes become mouths that say my name"

From Lupe Fiasco - Put You On Game

Totally intoxicated when he drove across the state line
Rapper gone insane, story on Dateline
Lost his wits, didn't take his meds
When they pulled him over, this is what he said
I'm a Bad MotherFucker man

Wordplay is when you use language in a clever way. It usually has to do with double meanings and more often than not takes into account a metaphor of sorts.

Here are 2 examples are the best wordplay in rap music,

RapPad is a social network for rappers, producers, and lovers of hip hop.We offer the best resources to take your passion to the next level. 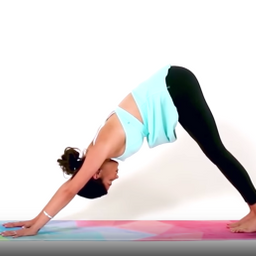 Superior (prod. Zenist Beats)
by NextApollo
88 props
Jan, 3
Get your rap promoted
Cookin' something up, just wait a sec...