Blog > A Seminar in Hip Hop

A Seminar in Hip Hop

In this Article I am going to break down in detail the various areas of being an MC, writing rhymes, understanding lyrical structure in the hip hop format and also the best places to draw inspiration from. I'll also do a little breakdown of delivery and how to naturally attain a more organic presence on the microphone.

As a disclaimer, this isn't purely for artists, this is also for the average hip hop fan, or even for the lost mind who is searching for a passion. Part of my goal here is to deepen your appreciation and widen your perception on this vital part of modern culture, especially in America.

Starting off, one of the first things you should know what hip hop is about, or at least what it was created to be about. Hip hop is all about lifestyle, its about the groove, its about that fat blunt you rolled with your homies, its about the beautiful woman you're in love with. You get me.

But it doesn't stop there. Hip hop is about culture. It's about the suppressed ideas in our society, the abyss-like deepness of the mind and the struggle. It's also a platform on which the artist is meant to make statements, whether they regard politics, relationships, hard times, the list goes on.

That should be in the back of your mind at all times. Especially when listening to the music, you should be able to identify the statements, because you will learn from them not only in a musical aspect but also in a personal sense. That is a fundamental part of being self-taught, as I am. I had no mentor in writing, and I had no mentor in flow. I learned by listening and experimenting.

Before we start breaking down the different parts of what it takes to be a real MC who can make the fans 'ooh' & 'aah', I'm going to list off some important names which you should definitely take some time to study.

I'm gonna do my best to keep this list comprehensive and in order chronologically so that you, the reader, can get the most out of it. It's also important to note that there are plenty of names and events involved with the people on this list, so you shouldn't just be studying the names here exclusively. Find related movies, cross-reference statements, learn the history and understand the movement as much as you can.

--DJ Kool Herc; The most fundamental name to you as a hip hop enthusiast or artist. He is the creator of the genre, and without the first steps that he made in New York none of this would exist. I highly suggest studying him, where he came from, and where he is now. Plus everything inbetween.

--Grandmaster Flash; Also fundamental, coming shortly after Herc, he expanded on what Herc brought to the Bronx along with Afrika Bambaataa & GrandMaster Caz

--The Furious 5; One of the most influential rap groups of all time.

(Michael Jackson may not be hip hop in a literal sense, but he is also an important part of this timeline & culture) 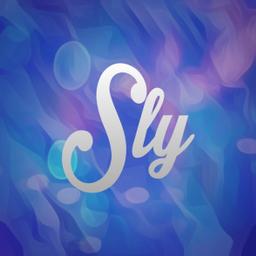 Cold Showers
by Fratricide
13 props
Feb, 1
Get your rap promoted
Cookin' something up, just wait a sec...