5 Producer Styles You Can Emulate

Before I start, I want you to know that when producing, you want to have an original flavor. This is for understanding the styles of certain producers so you can throw a little Dr Dre or J Dilla in there. 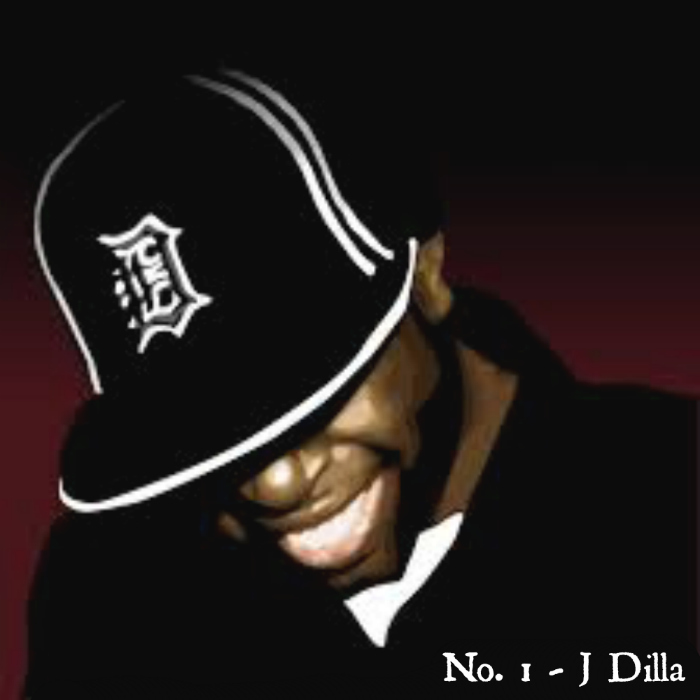 Next up with Dilla is his bass. He has it short and sweet. (Best example of what I've said so far is Cruisin by J Dilla). His bass is like a sub-bass with a bit more punch to it. Try low-passing a standup bass. His bass notes are short. Maybe one on the first beat and one on the 4.5 beat (in between the fourth beat and the new bar). 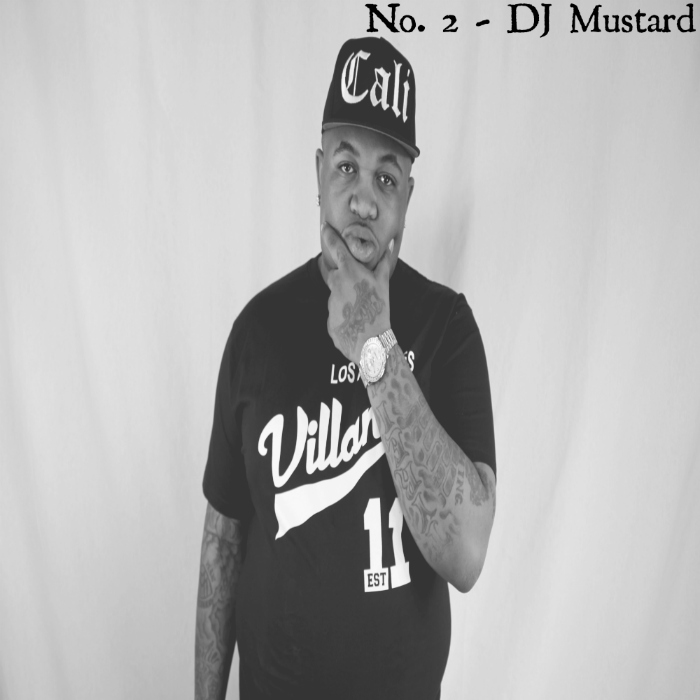 People say that Mustard's beats are all the same. I don't feel like voicing my opinion on this, but I do agree that he has many elements that are carried over from beat to beat. One being the bass. He has something like a Reese bass playing three notes on the first beat, the second and the 2.5th (in between the 2nd and the 3rd beat). He has claps and/or snaps once a bar after the first 8 or so bars. His beats are usually around 110 BPM for the rappers to have a sharp, energetic flow over them. He has the classic chant of men shouting “hey” come in when the drums kick in (which is 8-16 bars in the song).

His beats usually don't put much emphasis on the drums (except the hats which we'll get into later), especially the kick. I suggest something like: an 808 kick on the first beat and an 808 snare on the second, then the kick on the 3.5th beat (in between the 3rd and fourth beat) then the snare on the 4th beat. The hats are very important. I'd get two types of hats: a closed 808 hat and an open 808 hat (which sounds like a small cymbal). Put down a closed hat every other box (twice a beat) for 3-7 bars, then on the 4th or 8th, lay down a hat roll (look up tutorials on YouTube if you don't know how to do that). On the first closed hat, lay down the open hat. 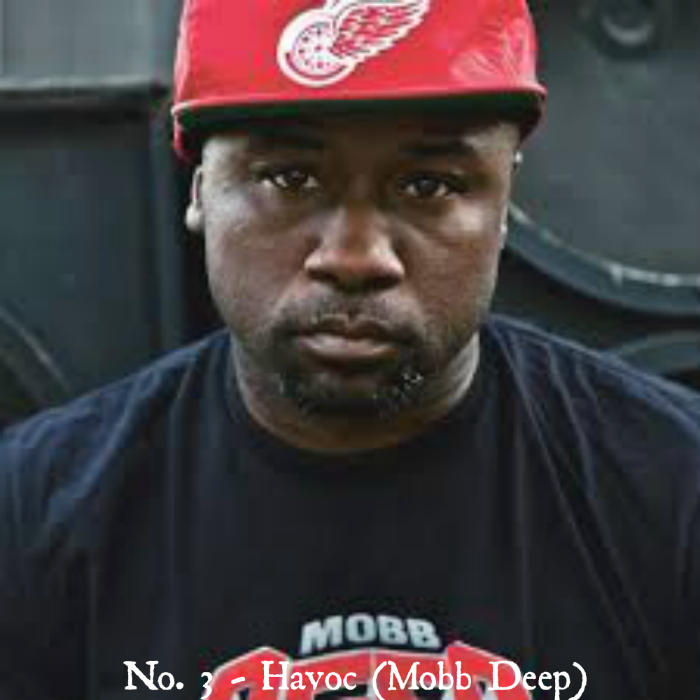 Havoc has a very original sampling style (as shown in Mobb Deep's Survival Of The Fittest and Shook Ones Part II). He takes a sample (usually of an old jazz piano in a minor key) and pitches it down a couple octaves. He has gotten very unique and awesome sounds out of this technique.

He likes to take ambient or experimental sounds, mess with them and throw them in the background of his beats. I don't have much more to say about Havoc's style because his drums are just the same (usually) as other old school producers. 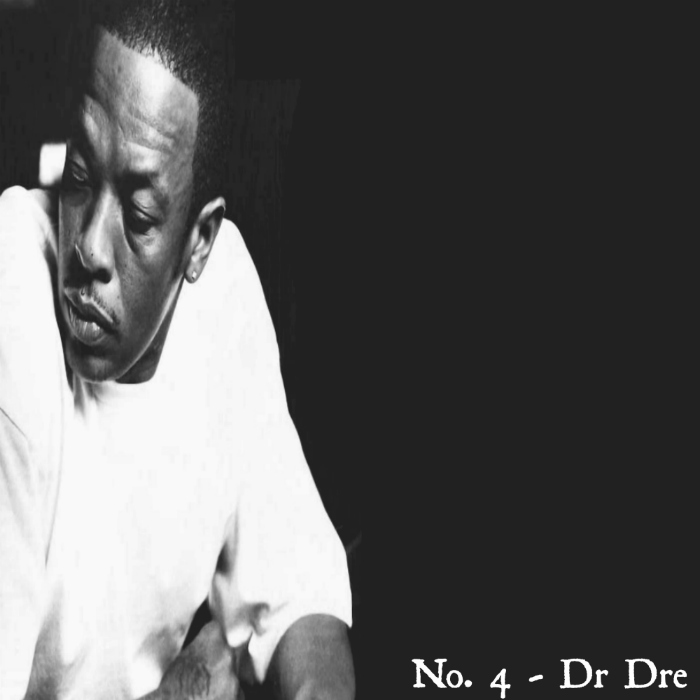 Dre is (arguably) one of the best Hip Hop producers of all time. Starting with NWA, then moving on to Eminem and Snoop Dogg. He is a pioneer of the West Coast Hip Hop sound. Many of his beats feature the classic West Coast synth that was (probably) first used in Funky Worm by The Ohio Players. He has either a chill relaxed feel to his beats, with simple drum patterns, pitch changed soul samples and a funky slap bass in the background, or a dissonant old school melody over raw and grimy drums. Dre has a habit of sampling vocals throughout his beats (examples: Nuthin' But A G' Thang by Dr Dre Feat. Snoop Dogg, Forgot About Dre by Dr Dre Feat. Eminem and Deep Cover by Dr. Dre Feat. Snoop Dogg). I can't say much more about his style because I haven't mastered (let alone tried) it. 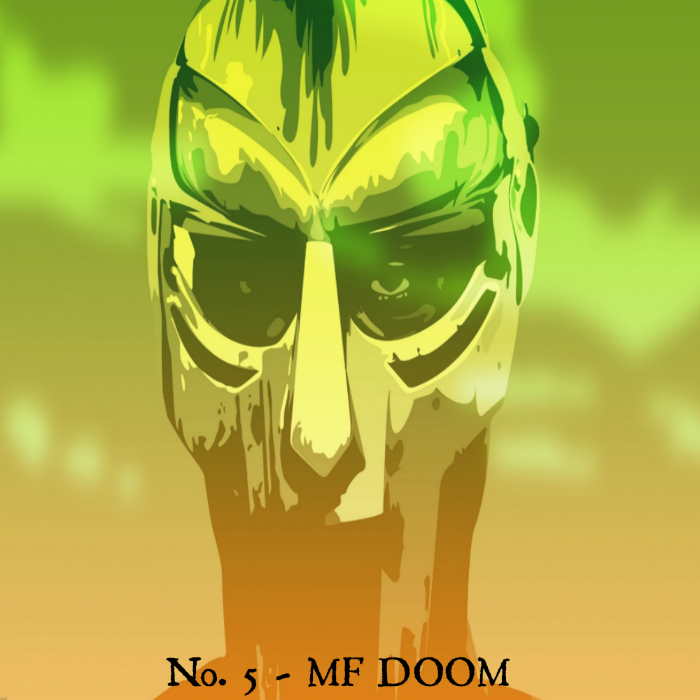 MF DOOM is labeled as you're favorite rapper's favorite rapper. But Daniel Dumile does more than rap, he also produces (and does a damn good job at it). He has an original style that I can't quite understand (though I've tried) and sample the strangest things (such as 60s cartoons. Not the soundtrack, the cartoon with the characters voices and everything). Despite this, his beats always turn out good! Many times his beats sound sampled when they aren't (many examples are on his beat tape Special Herbs). He does something new with his drums where, no matter if they're sampled or not, he cuts the drums until they sound like they haven't finished playing (what I mean is he takes a kick, cuts up the sustain time so it ends earlier than it's supposed to giving it an unfinished feel to it. He also does this with snares).

I have tried this technique in my song Chopped Liver on my beat tape Autumn Sky in the beginning of the song. The tape is heavily DOOM influenced. He doesn't sustain the cut up drum throughout his whole beat, but it's a little trick that makes his beat his. His samples (as I said previously, he doesn't always use samples) are usually of soul from the 60s to the 80s. He finds things that no one would think of sampling and manages to sample them. If there's vocals in the way of his awesome discovery, so be it (example: Lavender Buds by MF DOOM). His drums can have an irregular pattern at times (sticking unfinished snares in randomly) but somehow it ties together.

Again, I can't teach you how to become these producers (or even become a good producer), but I can teach you some of their traits if you want to recycle a bit of the greatness. 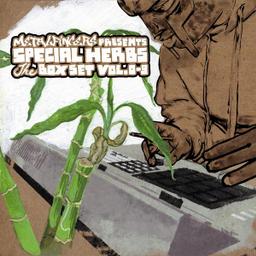 Purple Thoughtz (feat. KTCG)
by yungtopaz
53 props
Nov, 18
Get your rap promoted
Cookin' something up, just wait a sec...